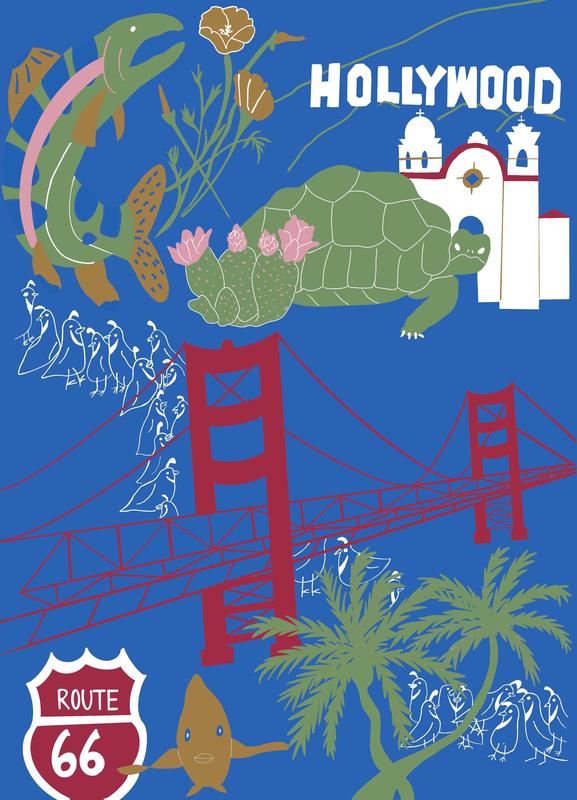 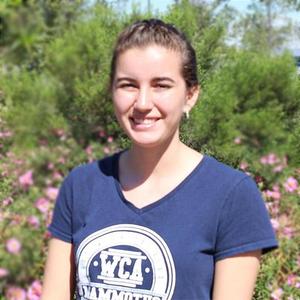 With a week to create a design submission, Nicole worked around the clock to artistically represent California by graphic design.

Nicole Stauffer is a senior at the Western Center Academy, and her future goals include to become a graphic designer. This led to the incredible opportunity offered to her by Assistant Principal Michael Horton. Mr. Horton is one of seven “School Ambassador Fellows” to the US Department of Education. Since the Western Center Academy is a STEM school, he was asked by the department to have a student create a White House Easter Egg for the South Lawn to represent California on April 22, 2019. Schools across the nation are invited to decorate an egg representing their state or territory, using specific guidelines for the White House Easter Tradition dating back to President Rutherford B. Hayes in 1878. With an email to Nicole, she only had a week devote her efforts to meet the deadline of April 10th. Nicole worked around the clock to artistically represent California by graphic design per the requirement of the submission.

Nicole’s mother Ingrid Stauffer said “Nicole was excited and honored to do this project. She worked throughout the night for two nights to get the project completed on time. Working on this project was a great experience for Nicole. She loves art and music, and will be studying graphic design in college after graduating from the Western Center academy this spring.”

Nicole said, “It was a difficult project. I spent days and nights working on it. I was even excused from my classes at school to have time to work on the design.” Her design includes the Golden Gate Bridge, Palm Trees, Route 66, and other California identifiable elements.