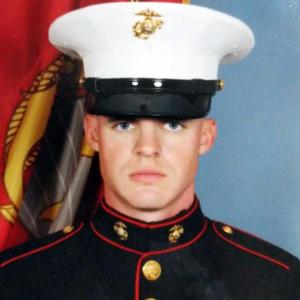 Lyle Radford, HUSD Security Supervisor, protected a child's ability to learn in Afghanistan and transitioned his role into providing security for HUSD students.

Most educators have one defining moment or experience that led them into the world of education. Lyle Radford, Hemet Unified School District’s Security Supervisor, is no different. Prior to his career at Hemet Unified he was a Marine deployed in Afghanistan. He and 11 other Marines’ were tasked to protect children as they attended school. The local school teachers were threatened with violence by the Taliban if they continued to educate the children so Radford and his squad worked to encourage the local population to continue to operate the school as they provided armed protection from a possible attack. This experience provided him with a deeper understanding and appreciation for education and the impact he could provide to students wanting to learn.

Violence on students in Afghanistan prevented millions of children from attending school in 2010. When Radford and his unit began keeping guard from outside the school, enrollment went from no students attending the school to over 500 students receiving an education by the end of the Battalion’s deployment.

Radford said the citizens were extremely low-income and only owned a few farming tools. During his deployment he asked his family to send him toys so he could give them to the students he encountered. He remembers how appreciative the children were for a toy car or a piece of candy. These interactions showed him the impact he and his Battalion were providing to not only the children, but the community elders teaching at the school.

“I believe my mission to protect people and provide them a place to learn during my deployment led me to my career as a Security Supervisor for a school district. While my protection duties differ from my time in Afghanistan, I still take pride in knowing I am helping protect those that are here to learn,” said Radford.

Radford is now in his fourth year with Hemet Unified. Although he describes protecting the school in Afghanistan as being part of his duty, we are extremely proud to have this veteran work for our District. His humility and dedication has made an impact on many students, both here in Hemet and in Afghanistan.