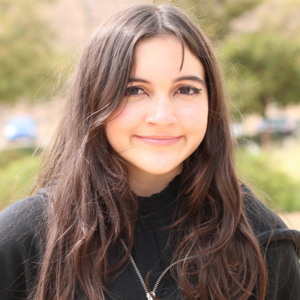 Lilly Williams is the voice actor for Xandra in Apple TV+ new animated series Wolfboy and the Everything Factory.

Lilly Williams, a sophomore at Western Center Academy, will be featured in Wolfboy and the Everything Factory, an AppleTV+ original series. The new animated series features a boy who discovers a realm in which creatures, called Sprytes, create things for the human world. Lilly provides the voice of Xandra, the best friend to the main character.


Lilly has been interested in acting her whole life. She remembers watching cartoons at four years old wondering about the person behind the animated character. When she entered seventh grade she got a manager and she began to pursue her dream of becoming an actress. While she admits she did not envision herself as a voice actress, she has enjoyed the opportunities it has provided to her.


Through this experience, she has been able to channel her creativity and breathe life into a character. When she auditioned she received a few descriptive characteristics of Xandra and some lines that she needed to record herself performing. She said she really worked on putting herself into the character, which can be hard at times when you don’t know what the character looks like. However, Lilly is no novice and was able to pull from previous experiences from school performances like Charlie and the Chocolate Factory, Hamlet, and other voice acting roles she received.


Lilly explained that she is keeping her options open at this time. She would love to continue to pursue acting throughout her high school career. As she gets closer to graduating from high school she will make a decision to either continue on this path or attend college to major in Criminology. Either way she is excited and grateful for the opportunities she has received thus far.


We are so excited for Lilly and this exciting project. Wolfboy and the Everything Factory can be streamed today, September 24th. Congratulations and we are so proud of the dedication and heart you have shown that has led up to this amazing opportunity.